The Teenage Mutant Ninja Turtles’ heyday was definitely in the late ‘80s and early ‘90s, and while there have been a variety of movies, games, and new TV series in the years since the original 1987 cartoon, few pieces of Turtles media have captured the raw fun of the series. Few pieces, except the incredible series of side-scrolling brawlers developed by Konami, the best and most iconic being Teenage Mutant Ninja Turtles 4: Turtles in Time.

Now the Turtles are back again in a brand new retro-style adventure. Teenage Mutant Ninja Turtles: Shredder’s Revenge was developed by Tribute Games and published by Dotemu – names action and beat ‘em ups fans may be familiar with from the incredible Panzer Paladin and Streets of Rage 4, respectively.

TMNT: Shredder’s Revenge takes what worked with a lot of the older arcade titles and brings it into 2022 with grace. Characters have a variety of combo moves at their disposal, like in older titles, but somehow feel faster and snappier than ever before. Each character controls similarly, but all of them have their own unique special moves, character stats, and weapons that make them feel unique.

Each character has a super-powerful extra-move meter, charged either by taunts or landing hits on enemies. Especially when playing alone, these moves help tremendously with crowd control.

And that roster is glorious. Of course, the four main Turtles are here – Michelangelo, Donatello, Raphael, and Leonardo. But joining them in this cartoonishly wonderful adventure are their sensei Master Splinter, news reporter April O’Neil, and general badass Casey Jones.

The story here feels pulled straight out of one of the older titles. The evil Shredder is back along with the evil Foot Clan and iconic mooks such as Baxter Stockman, Bebop, and Rocksteady. Run through 16 stages of New York City madness as you try to stop the terrifying Krang’s body from being reassembled and the Statue of Liberty from being turned into a fighting mech.

The Sights and Sounds of New York

The presentation here is phenomenal. The pixel art is expressive. The stages all come to life. The characters all pay homage to their arcade counterparts with their sprites and moves, while moving and sounding like their cartoon counterparts.

Not to mention the gorgeous cutscenes. From Channel Six News reports to the Turtles heading off to new adventures, everything is a treat to look at.

What’s absolutely worthy of adoration is the soundtrack. The music here is by Tee Lopes, an artist best known for his work on the phenomenal Sonic Mania soundtrack. However, unlike in that project, a lot of the tracks here feature vocals – with some being provided by artists from the Wu-Tang Clan. Every stage theme is a blast, and from the second the gorgeously animated opening plays – along with a fantastic rendition of the original TV show’s theme – you know you’re in for a good time.

There are two modes – arcade and story. The arcade mode has no saves and a limited number of lives, while the story mode has you driving around an NYC world map, unlockable abilities for each character, a proper save system, and even extra missions.

The cherry on top is co-op. While online is available, where Shredder’s Revenge shines is in couch co-op. Six players can sick the smackdown on Shredder at once.

In fact, I would argue the game feels somewhat geared towards co-op. On any of the three difficulty settings, the game is absolutely beatable single-player. I should know, I’ve done it. But some sections throw a ton of enemies at you at once in such a way that it feels like they were designed with two or more players in mind. This means that, while the game is definitely enjoyable solo, it’s truly at its best with friends.

But no matter how many friends you bring with you – if any at all – it’s hard to overstate just how satisfying it is to tear through enemies. The game doesn’t just sick waves of enemies at you. Rather, it relishes in you tearing through them.

Variety is the Spice of Life

There are hazards in each stage that provide new and unique ways of destroying Foot Soldiers. Launch a cap off a fire hydrant. Push a shopping cart through some enemies. Or, you know, beat them up with your bare hands and then juggle their corpse to build up your special meter – a mechanic which, perhaps fittingly, reminds me of Streets of Rage 4.

My biggest worry was that, for much of the game, there isn’t truly a ton of enemy variety. You’ll go from fighting purple ninjas to blue ones to yellow all throughout the color spectrum. This runs the risk of feeling rather samey – and, indeed, at points in the first half the game does leave you wishing for some more enemy variety.

Granted, in the second half, things get much weirder and a wider variety of enemies are introduced. But even in that first half, Shredder’s Revenge tries to get creative with what it can make Foot Clan soldiers do.

Teenage Mutant Ninja Turtles: Shredder’s Revenge can be beaten in 90 minutes, but putting a time estimate on it like that is doing the title a disservice. Like all great beat ‘em ups, this one will have you coming back again and again and again, trying out different characters and moves, and maybe even bringing friends along for the ride, too.

This is more than just a love letter to beat ‘em ups from nearly 30 years ago. It’s a modern take on those classic games that have enough on offer to satisfy Turtles fans of all ages. Put simply: It’s totally righteous.

Overall, Shredder's Revenge combines classic gameplay and the fun of old-school couch co-op with a fine, modern coat of paint and incredibly tight fine-tuning. The whole experience is so fast, frantic, and fun. Overall, Tribute Games' work here stands with the best of Konami's Turtles games.

User Rating: Be the first one !

Teenage Mutant Ninja Turtles: Shredder’s Revenge is available June 16, 2022, on Nintendo Switch, PlayStation 4/5, Xbox, and PC. A copy of the game was provided by Dotemu for this review. 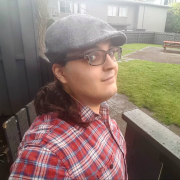 SEARCH
FOLLOW US
JOIN OUR DISCORD
ADMIN
Processing…
Success! You're on the list.
Whoops! There was an error and we couldn't process your subscription. Please reload the page and try again.
Facebook Twitter WhatsApp Telegram
Back to top button
Close
Recent Posts
Recent Comments
Archives
Categories
Meta
Close
Log In