With the release of the highly anticipated Teenage Mutant Ninja Turtles: Shredder’s Revenge and the latest installment of the Streets of Rage franchise, the beat ’em up genre has had quite a resurgence these last few years. Indie video game developers such as Dotemu, Wayforward, and SebaGamesDev have produced quality additions to the beloved arcade format. Not to be outdone, Bitmap Bureau and Numskull Games toss their proverbial hats into the ring with their 16-bit side-scrolling brawler, Final Vendetta.

But will the new entry live up to the high bar set by its predecessors and recent competitors? Read on to find out!

Final Vendetta is developed by Bitmap Bureau, an indie game studio responsible for the 16-bit sci-fi run ‘n gun, Xeno Crisis. Based within the UK, the team consists of design director Mike Tucker and technical director Matte Cope. With this project, publisher Numskull Games reunites with Mike and Matte yet again, having previously worked together on their top-down, hack-and-slasher known as Battle Axe.

Our story begins with an ominous phone call to one of our heroes, the martial arts expert Claire Sparks, from the evil crime organization Syndic-8 informing her that they have kidnapped her sister, Juliette. Knowing she cannot take down the group alone, Claire enlists the help of Duke Sancho, a London native and bare-knuckle brawler with a plethora of street smarts; and Miller T. Williams, a former Canadian pro-wrestler banned from the sport for his use of excessive force. Together, they must use their street smarts and raw intuition to battle the forces of Syndic-8 through six levels and rescue Claire’s sister.

One thing that the developers over at Bitmap Bureau provided me with for my review was access to Final Vendetta’s press kit, which included an actual 20-page digital manual jam packed with information on the game. I was hit with an enormous bolt of nostalgia reading through the manual since most releases today have shifted away from providing these little nuggets of information. Within this instruction booklet are enemy descriptions, item information, and combat tips along with illustrations on Claire, Duke, and Miller’s move sets.

Final Vendetta follows the basic beat’ em up combat formula of many of its arcade predecessors. Each hero has a combination of blocks, grabs and kicks, along with a special meter, which allows the player to perform a crowd controlling attack like a hurricane kick or double axe handle, just in case things get a bit too close for comfort. This special attack can also be used without a full meter but at the cost of a bit of health, allowing players the option of playing it safe or fast and loose.

Another notable combat mechanic is the ability to double tap the up or down directions to perform a dodge. Not only can this be used defensively, but it can also be used to cancel the player’s current animation, including attacks. This allows for the chaining of different combos and enables the player to juggle their enemies, including bosses. Discovering this is the only reason I was able to beat the game on “Hard” difficulty on my first play through with Duke.

Go Home and Be a Family Man

A warning to newcomers – Final Vendetta pays tribute to beat ’em up classics in more ways than just visual and aesthetics. The game can be quite tough, especially with the default difficulty being set to “Hard” difficulty. There’s even an unlockable “Ultra” difficulty option for true veterans to the genre, but don’t fret because there’s also “Easy” difficulty for those that want a more laid-back experience.

During my first couple of attempts, I couldn’t even make it past the third level, but I jumped into the training room and learned the intricacies of the game’s combat to improve and progress farther into the game. Seeing the fruits of my labor unfold on screen created a sense of accomplishment that I remember fondly from my youth.

Speaking of unlockable content, I commend Bitmap Bureau and Numskull Games for including additional game modes that must be unlocked by beating the “Hard” difficulty with all three protagonists. It really captures that essence of old-school brawlers and gives a sense of purpose to the replay ability of the game. These additional modes include a Survival mode, where players test their might against waves of enemies, a Boss Rush mode for those that want to practice against the big baddies, and a Training mode to allow players to master Final Vendetta’s combat.

It’s no secret that I’m an advocate for stunning pixel art, which is what immediately drew me to Final Vendetta. The fluid animations of characters when they’re executing a furious combo or just entering from the background into the foreground are visuals that stuck with me during my multiple playthroughs. Every character feels and looks unique, which can be easily overlooked when designing a game with so many enemies for our heroes to use as punching bags.

Luckily, Final Vendetta doesn’t suffer from this trope and puts a new spin on classic character designs, such as Final Fight’s Poison/Roxy and Streets of Rage’s Galsia. Heck, there’s even hints of Rugal Bernstein and Geese Howard from The King of Fighters along with Street Fighter’s Akuma for good measure! It’s refreshing to see more and more indie game developers paying homage to the classics while putting their own spin on them.

Final Vendetta’s soundtrack is a wonderful homage to the age of ’90s arcade hip-hop in the vein of Street Fighter III: Third Strike and the Marvel vs Capcom series. With four exclusive contributions from the English electronic duo, Utah Saints, and a robust list of techno/dance themed tracks by Featurecast, the game’s music is on par with Streets of Rage 2’s soundtrack, and that includes “Go Straight.”

Honestly, I ended up only mildly raging when I ended up having to restart the first couple of levels because I knew it was another chance to jam out to “Power and Beats” along with “The Underground”.

The importance of solid tunes in a beat ’em up can sometimes get overlooked, but this is not the case with Final Vendetta. The amalgamation of techno and hip-hop solidifies the soundtrack’s purpose: to accentuate the combat and the visuals. Seriously, this OST has already been added to my workout playlist.

Final Vendetta features gorgeous pixel art and an infectious soundtrack that accentuates its high-octane combat. It features distinguishable and unique looking characters while paying homage to its retro predecessors. The game also offers a challenge for veteran players while simultaneously attracting a newer audience with its multiple game modes and varied difficulties. Fans of the genre will be able to easily identify the love Bitmap Bureau poured in Final Vendetta with the multitude of beat ’em up Easter eggs hidden throughout the levels.

Final Vendetta is developed by Bitmap Bureau and Numskull Games. It releases on June 17 digitally on Nintendo Switch, PS4/5, Xbox, and Steam with physical releases being provided by Limited Run Games.

Final Vendetta is a noteworthy addition to the crowded beat 'em up genre. With challenging and unique enemies to pummel and a plethora of additional modes, Final Vendetta will keep brawler fans happy for quite some time. 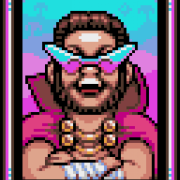 Co-host of the "Static Zone Podcast" and owner of Scrubverse. Nintendo fanboy posing as a SEGA noob. Waiting with baited breath for the next installment of the F-Zero series.
Facebook Twitter WhatsApp Telegram
Back to top button
Close
Recent Posts
Recent Comments
Archives
Categories
Meta
Close
Log In