The Celtic mythos has a wide, deep, mystical history that doesn’t get nearly enough representation in the gaming world. Team Kwakwa aims to change that with Helvetii, their upcoming character action game.

The concept and development for Helvetii began in 2018. It revolves around the exploration of the Gaulish and Helvetian mythos, updated then mixed with fast and varied combat mechanics.

For those unfamiliar, the Helvetii, AKA ‘Helvetians,’ were a Celtic tribe. They occupied most of the Swiss plateau around the 1st century BCE. The Helvetii spoke the extinct Celtic language Gaulish in their parts of Continental Europe.

Thanks to a recent and successful Kickstarter campaign in which the game reached its funding goal, we await Helvetii’s upcoming release. So, here’s everything we know so far!

An Unyielding Rot Sweeps Across the Land

As the player, you’ll take control of three characters: a fierce young warchief, a naïve but dexterous fox-turned-man, and a cunning druid wielding primordial forces. Using their unique and varied combat skills you’ll fight your way through hordes of creatures and put an end to the “rot that has taken over the land as well as their hearts.”

Wielding many powers bestowed from primal deities, players will also utilize legendary items that change playstyle for every level run-through, adding an extra level of replayability.

Ancient Swiss-Gaul, an Age of Magic

The time is one hundred years BCE and Gaul has yet to fall under Roman control. In the lands of the Helvetii, a young warchief named Divico subdues a Roman legion through mysterious means. But this victory comes at great cost. The warchief’s pact with ancient, mystical denizens has turned into a curse. An ever spreading rot crawls through the land, slowly corrupting the minds and hearts of all, including Divico himself.

Monsters and cultists appear around every corner as a shadowy figure takes advantage of this chaos Divico inadvertently helped to create.

But, with the aid of a trusted yet reclusive druid named Nammeios as well as the half-beast Renart, Divico sets off on a journey to undo the source of the rot. In addition, he hopes to restore the pieces lost inside of himself. Through his own mighty abilities aided by powers conferred to him by the old gods, the trio embark on an intense battle through their desiccated land.

Finish the Fight, but do it in Style

The landscape and world of Helvetii features carefully detailed 2D environments, a closed-in camera, and an enchanting soundtrack, composed by Dale North with vocals sung by Emi Evans.

Helvetii’s three game characters each possess specific playstyles and special attacks. Their differences will allow the player to battle legions of monsters in unique ways. A variety of items and ‘summons’ become available through search and discovery as well as owl shopkeepers as the game progresses, allowing stronger attacks and defenses.

But regardless of the bonuses found, the player will never be completely helpless as the core moveset will apparently be ‘complete from the start.’ The game boasts it will feature “Easy to learn, hard to master stylish action,” which means that the wide variety of abilities and situations will require players to take their time mastering each character’s acrobatic combos, utilizing the terrain to their advantage in an attempt to achieve the highest ranks and rewards for beating an opponent.

The player will be able to pick from the three protagonists of the game to complete the adventure. Warchief Divico, the one responsible for the rot in the first place, seems to be a straightforward warrior. His playstyle is beginner friendly. Relying on his strength, his attacks are straightforward and brutish. He utilizes power attacks, breaking attacking enemy guards as well as interrupting incoming critical assaults. His swings and punches can easily send enemies flying, crashing into other attackers along the way which is useful for clearing advancing hoards. His ranged axe-throw ability, while impressive, also features a brash nature making him a poor marksman.

Players who enjoy taking high risks and earning big rewards will like the half-beast Renart. Due to his meeker build, Renart deals less damage and has lower health, but their faster speed and multiple hits can quickly dispatch single targets. While they cannot break through guards, their sickle can still get around shields. Renart’s biggest attribute is the ability to parry which, with correct timing, can avoid enemy attacks and deal enormous damage. But be warned, this can lead to devastating consequences is done incorrectly. Renart’s ranged attacks consist of throwing knives, allowing wide coverage against multiple enemies.

Nammeios, the taciturn druid, wields a great amount of power born from nature magic, but he’s not designed to be a simple button-mashing character. His playstyle is the most complex of the three, focusing on proper execution of magical attacks since he is a poor fighter. However, each of his abilities comes with an enhanced version so calling upon them at specific moments during a combo will inflict both extra damage and increase various status effects. It’s up to the player to discovering which enhanced version of which specific attack does what. Nammeios can also call upon a raven ally to help him clear attacking enemies.

The Past is About to Become Present

The game is scheduled to be released February, 2023 on the PS4, Nintendo Switch, and Steam.

Are you intrigued to see ancient Celtic folklore reimagined for the modern gaming world? Let us know in the comments! 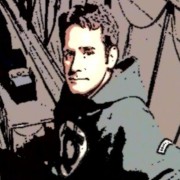 Science fiction enthusiast David Maddox has been enamored with pop culture his entire life. He has been Star Trek characters at theme parks, the Riddler in a Batman stunt show, and Norman Bates at Universal Studios Hollywood. He holds a degree in Cinema from San Francisco State University and has written dozens of science-fiction related articles for various websites as well as having been a featured contributor to the Star Wars Insider, the Star Trek Communicator, and a regular columnist for SciFi Magazine. Acting professionally for over 10 years, he has done a variety of ads for Apple, Disney, and Microsoft to name a few. His self-produced short films have won awards on at least two continents.
SEARCH
FOLLOW US
JOIN OUR DISCORD
ADMIN
Facebook Twitter WhatsApp Telegram
Back to top button
Close
Recent Posts
Recent Comments
Archives
Categories
Meta
Close
Log In