The Dreamcast 24-Hour Marathon hype train has been rolling hard on our Twitch channel, and now it’s time to officially announce every game we will be playing this coming Saturday, September 10th, 2022 to raise money for Extra Life! Did your favorite game make the cut?

This year we are trying something a bit different by having genre-based blocks of games. This will allow the hosts of their favorite genres to adequately present their favorite games and hopefully allow viewers to plan accordingly if they are unable to watch for long periods of time. Remember that the titles and times are subject to change as we meet donation goals, etc.

We are also giving away some physical copies of Indie games such as each regional Dreamcast version of Xeno Crisis, Flea, Tapeworm, and more! And the list of SEGA games we are giving away this year is massive. We cannot thank you enough, SEGA! You could win any of the following (not listed are multiple DLC packs for Super Monkey Ball and Virtua Fighter 5 also available to win):

THE HOUSE OF THE DEAD: Remake (Steam Worldwide)

The Typing of the Dead Overkill Collection (Steam Worldwide)

Don’t forget to check out the previous “best-of” clip videos to prep for the level of energy this annual insanity brings.

This is personally my 9th year hosting and 6th year raising money for Extra Life, and it still amazes me that we are able to help people by playing video games. Thank you again to those who have donated in the past, and I hope we can destroy another milestone this year! See you in the chat! 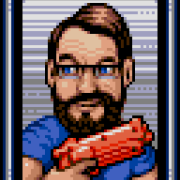 Been playing Sega forever with a few of his favorites including Sonic 3, Saturn Bomberman, and Zero Tolerance. Scotty has written about Sega and hosted Sega-themed podcasts the better part of the last decade and can sometimes be seen on stage behind a drum kit.
SEARCH
FOLLOW US
JOIN OUR DISCORD
ADMIN
Facebook Twitter WhatsApp Telegram
Back to top button
Close
Recent Posts
Recent Comments
Archives
Categories
Meta
Close
Log In