It’s a trailblazer, setting forth into the forbidden waters of premium netplay, a once forbidden realm for the Japanese fighting game developer. Continuing its pilgrimage towards enlightenment, it’s been spit at and ridiculed by top players, commentators and series veterans alike.

Since the days of Guilty Gear Xrd Sign, series creator Daisuke Ishiwatari has aimed for one goal: accessibility. His tightrope act of the last decade has been one to balance the complexity and innovation of Guilty Gear’s legacy titles with the need of tapping into a casual fanbase. With all other options seemingly exhausted, Team Red elected for the nuclear option – a hard reset on established gameplay and fundamentals that Guilty Gear has been known for since 1998.

Guilty Gear Strive’s crowning achievement was noted in my preview for the game back in February following the first open beta test. Other fighting games have used rollback netcode before to high praise, but nothing has felt nearly as smooth as Strive’s online play. We’ve progressed beyond dealing with matches that feel like slideshows when playing cross country. Arc System Works is breaking boundaries by creating lagless experiences with other countries around the world. I don’t have to worry about dropped inputs being a liability, or categorizing what blockstrings can be used in offline or online scenarios. I can finally step into Tokyo’s servers and challenge the best of the best without being held back by delay-based shackles.

Inversely, the actual lobbies themselves were Strive’s Achilles’ heel. Susceptible players who tried challenging other combatants were forced to jump through hoops to even start a game. This was due to a number of issues: the freeform nature of the lobby allowed players to initiate battles anywhere, even on top of each other. This meant that trying to play against your friends was a hassle because you’d have to maneuver your sprite in just the right way to challenge them. To make matters worse, getting into a battle stance to start a match could mean being teleported to the other side of the lobby, forcing your friends to sift through a room full of cosplaying Sols and Kys to track you down. And god forbid you accidently try to challenge someone who was already in a match – button mashing through the menus meant staring at a loading R-Code screen for upwards of 3 minutes at a time.

This time around, lobbies were quite pleasant, all things considering. Someone high up within Arc System Works’ corporate ladder sure loves this hideous hellscape pixel art, but at least it’s functional. Public lobbies now have battle stations, a change seen in the second open beta test, that makes it easier you to challenge someone in ranked or open lobbies. Strive’s launch also saw the introduction of private lobbies, fashioned after little dollhouses and serves up to nine players at a time, which is great for tournament organizers. Most excitedly, you can now change your private lobby’s settings, meaning that a room’s ruleset can be modified from “Winner Stays” to “Rematch, best of 2” without having to disband the room.

To the dismay of many Guilty Gear veterans, gatling combos are gone as we know it. Instead, we’re left with a blank slate for maybe the first time since we started to play Guilty Gear. Damage is wildly high as simple five-hit combos threaten to dish out 50 percent combos from mid-screen. You would think that as a result, matches would zip by with lightning speed as you could evaporate an opponent’s health with a few bread-and-butter combos. But the limitations enforced by Team Red actually opens up a new strategy with more reliance in the neutral game than leaning on the crutch of execution.

These changes reflect a desire to level the playing field between veterans and newcomers. Daisuke Ishiwatari recently sat down with Eurogamer this week to discuss his motives:

Historically, Arc System Works’ approach was never to reinvent the wheel with each new Guilty Gear, only expand on it. Though certain moves may have varying elements from title to title, the approach is still the same as many of the combos from Guilty Gear X to Xrd Rev 2 are interchangeable with slight modifications. System mechanics also got the same treatment with additions of Force Roman Cancels (GGXX) and Blitz Shields (GGXrd). Each entry was stacking on a new skill ceiling for rookies to breakthrough, and Ishiwatari felt that it was time to start with a blank slate.

The first step in simplifying Guilty Gear Strive was to cut out the bloat of the system mechanics, consolidate them and redistribute them based on the cornerstone of what made Guilty Gear unique: the Roman Cancel. This method of streamlining controls means that players don’t have to remember multiple input combinations, just a single command and the “know-how” of when to use them. And Strive does a fairly decent job in teaching players the significance of these techniques, as its Mission Mode as been expanded far beyond what was showcased in Guilty Gear Xrd. Missions are now split up by difficulty level, starting with building a foundation with simple input commands and building yourself up to learn character specific match-ups. I just wish that with simpler tasks, I would be prompted to do the same straightforward command five times in a row.

To some, the story of a fighting game is an overzealous, mildly nauseating, and superfluous shoe-in that’s used to pad a game with substance. But considering that I’ve been strung along for the last 23 years, I have a great level of investment to Guilty Gear’s lore. I was also left wildly unsatisfied with what Strive presented to me.

The build up to the core plot was interestingly enough: I was enthusiastic that Jack ‘O took on a supportive and relatively active role, even though she essentially served as Sol’s proverbial wall to bounce ideas of what humanity means to him. Happy Chaos is a really fun villain that I anticipate will be one of the next DLC characters in the coming months, considering we need a dedicated zoner in this sea of Gorillas. I also love Goldlewis’ design as this casket-wielding general that hints to having an alien inside. However, as this Die Hard inspired narrative unfolds, the scope of the diegesis develops tunnel vision, hyper-focused on just a select few characters without much of a mention with what happens with the remainder. And when we finally reach the crescendo with Sol Badguy and series’ boogie-man Asuka R. Kreuz … let’s just say that the bombastic epilogue was not delivered.

While Guilty Gear Xrd’s story was scattered all over the place, it’s was a world-encompassing chronicle that tied all of the major players involved – and gave those who didn’t make it to the final roster a nice little cameo. None of that was present, as we were given what felt like a CliffsNotes summary of what’s supposed to be Guilty Gear’s finale. It’s not even a matter of how the events concluded, I’m just unimpressed with how it unfolded.

Being the vanilla entry of what will probably a 5-year service (as is the trend with modern “AAA” fighting games nowadays), there are bound to be changes and new additions on the horizon. It came out last week that certain unknown game modes were cut in production due to the impact of COVID-19. It’s expected that we’ll see these modes in future season passes, including the rumored “dramatic battle” and tag-team modes coming to PlayStation 5 exclusively, which is great because this game is running lean. Man cannot rely on Arcade and Survival Modes alone!

Additionally, user interface needs to be adjusted and the exaggerated combo counter needs to be reigned back in a bit, especially when rising to the double digits. The RISC Level, a gauge that monitors when attacks automatically register as counter hits, is crushed under the weight of the Burst Gauge and is much too small. And the dynamic camera effect when landing a heavy counter hit interrupts the flow of blockstring inputs in a way that can influence the player to drop combos.

Guilty Gear Strive is a good game, but it’s got the makings to be something great. After three beta tests, Arc System Works finally has the lobbies up and running to a point where I don’t feel like I’m spending more time “not playing the game.” It’s a gorgeous game with the best online functionality in the fighting game community. But if Arc System Works wants to make Guilty Gear Strive a true contender to the likes of Street Fighter and Tekken, they’ve got to go the extra mile and give players a reason to keep coming back. 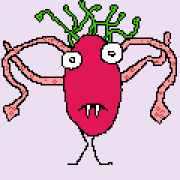 A “new Guilty Gear title” is being developed