Games Done Quick is a video game speedrun event that’s been happening semiannually for the last 10 years, and over that time, there have been a lot of SEGA games played (and quickly) in order to raise money for charity.

With the conclusion of the most recent event, a thought occurred to us: “Why not make a streamlined playlist of all those SEGA games for the community to enjoy?”

As of this writing, we’ve gone through the entire Games Done Quick archive on YouTube and carefully curated any and all SEGA games we could find into this 296-video playlist, which will surely only grow in time. However, you may notice some oddities in our selections.

In addition to the obvious — any game developed or published by SEGA and its affiliates (such as Atlus) or released on a SEGA platform — you may also notice some outliers. We’ve decided that if a game was released on a SEGA platform (even if it’s not being played on one in the event), it’s good enough for the list. So Castlevania: Symphony of the Night and Mega Man X4, regardless of the platform it’s played on, make the cut. However, if a title is considerably different across platforms, we didn’t include that; in other words, you might see the Super NES version of The Lion King, but only the Genesis version of Aladdin.

And of course, we like our spiritual successors and SEGA-inspired fare, so if there’s a run of something like Freedom Planet or Bloodstained: Ritual of the Night, we decided to toss those in as well.

Naturally, the list is probably not perfect (we’re only human, after all), and there’s a chance we might have missed some of the more obscure offerings, or possibly included something by mistake that doesn’t fit our admittedly loose criteria. If you spot an error of omission or inclusion, feel free to let us know and we’ll try to remedy that as best as we can. 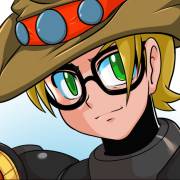 What you see is what you get! Just a guy that loves adventure. And video games. And good food. And cats.
SEARCH
FOLLOW US
JOIN OUR DISCORD
ADMIN
Facebook Twitter WhatsApp Telegram
Back to top button
Close
Recent Posts
Recent Comments
Archives
Categories
Meta
Close
Log In