From Software studio has been killing it lately with their highly anticipated Elden Ring just around the corner. But hey, let’s not forget about their unsung hero: Armored Core. Recently, a Resetera user got their hands on the supposed next Armored Core title – sparking conversation over a survey, leaked screenshots, and game footage.

The Resetera user in question is Red Liquorice, who claimed that they received a survey from the studio. It seemingly revealed the initial details on an unannounced mecha combat game the likes of Armored Core. They even slapped on screenshots to back up their claim.

Apparently, they also had unreleased boss footage but chose not to share it due to watermarking. Take that as you will speculators, but let’s dive into their description of said video:

“The boss fight looked quite Soulsy – the long-range gunfire reminded me of Virtua On, that’s my frame of reference, I’m not a mech fan and haven’t played any AC games. The player character in a white mech went in close to the bigger robot boss and fought with like an energy or laser sword, this looked Souls-style.”

With just that to go on, it’s clear that Armored Core is retaining its roots under From Software. In the age of reviving old series and remaking IPs, it’s a good sign to see that a niche series is getting highlighted by one of the most talked-about studios out there. 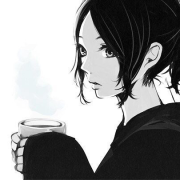