The Cotton series finally saw the light of day over here in the west a few months back, finally giving everyone the chance to play the niche shoot em up title. With Cotton Reboot reviving the first game, it seems Strictly Limited Games and ININ have more in store for the series 30th anniversary.

The duo will team up once again to bring another set of Cotton games to consoles this year, those titles being Panorama Cotton and Cotton 100%. ININ haven’t specified the consoles in question, but it seems a safe bet that the Switch and PS4 are likely choices with the first collection also appearing on both platforms.

Perhaps the bigger of the two is Panorama Cotton, a Mega Drive title from 1994 which gave the series a pseudo 3D effect much like Space Harrier. It also happens to be really expensive; copies of the title have sold for as much as £549.99 so it’s nice to see the game finally accessible in an official capacity without breaking the bank.

The collection doesn’t have a date yet with only a vague 2021 release confirmed. With another collection also announced earlier in the year, (you can check that out here), what’s next for the series, perhaps a new game to cap off the 30th anniversary celebration? Whatever happens we’ll be sure to let you all know. 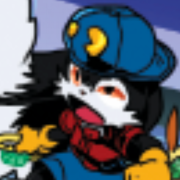