On a tweet issued today by PlayStation Worldwide Studio’s Dave Thach, Sony is asking PS4 owners their feedback on PS2 titles they want to be brought over to their new Portstatio… I mean… Platform. Sony is asking users to tweet their suggestions along with the hashtag “#ps2ps4” so they can easily spot them.

Loving all the PS2 on PS4 feedback! Use #ps2ps4 for your wish list suggestions so we can easily aggregate them all. We are listening…

However, it must be addressed, that contrary to X-Box’s better backwards compatible plan, Sony is basically asking you for titles you want them to charge you again, since these releases will have individual prices.

Here’s a list on some good SEGA PS2 titles you can start requesting them (best titles on bold):

And some PSP titles worth porting over to PS4 or Vita:

Yeah… you tell this guys! 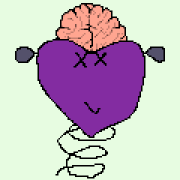