This opening paragraph for our Sonic Origins review is quite possibly the most difficult I’ve ever had to write. I mean, what is there even left to say about classic Sonic anymore?

Sonic 1 and 2 in particular have appeared on everything from Xbox 360, to 3DS to your electric toothbrush. Sonic 3 and/or Knuckles and CD may not have been as prolifically reissued as their stablemates, but there have still been ample opportunities to revisit them over the years.

Sonic Origins is SEGA’s latest attempt to wring every last drop of content from those 30-year-old pixels. The main attraction this time around is the fact that in Anniversary Mode, all of these games now run on the Retro Engine a la Sonic Mania and previous iOS/Android ports. Primarily, this means a universal 60fps update and full widescreen support. Notably, this is the first time such quality-of-life features have been officially available for Sonic 3 & Knuckles, which is only playable in its full, ‘locked-on’ form rather than as two separate titles.

Unifying all of these classic Sonic games is an absolutely gorgeous UI. The main menu is a map screen of sorts featuring an island for each of the included titles.  They’re exquisitely detailed and replete with iconic assets and landmarks from their respective games; Sonic 2’s island features Chemical Plant’s winding pipes and Emerald Hill’s lush, green loops, for example.  Selecting each one zooms right into it, allowing you to pick out the finer details at your leisure. Everything is bright, rounded and colorful, with cheerful beeps and boops acknowledging your inputs as you navigate around.

Each game can be played start to finish in either Classic or Anniversary Modes. In Anniversary Mode, all four games are presented in full widescreen with minor graphical enhancements, plus restored content and additional character options where applicable. Full disclosure: In Anniversary Mode, the original Sonic the Hedgehog, Sonic 2 and CD are largely identical to their aforementioned decade-old mobile ports, save for the inclusion of Sonic Mania’s drop dash move.

The other key difference in Anniversary Mode is that lives are unlimited, replaced by Coins that can be used to purchase audiovisual content in the Museum, plus they act as retries for Special Stages to ease the difficulty of obtaining Chaos Emeralds. Classic Mode is not, as you might expect, the four games in their original ’90s forms but merely the same Anniversary Mode updates presented in a 4:3 aspect ratio with finite lives, making it a somewhat pointless exercise. Still, whichever way you play, at least the games are all bookended by excellent new animated sequences relaying key story beats.

Mission Mode is an equally welcome addition. It offers short, cheap thrills with varied objectives in custom built stages. They’re largely pieced together from existing sprites, but they’re cleverly designed within their limitations and range from trivial to fiendishly difficult. Boss Rush and Mirror Mode are simply nice to have: nothing more, nothing less.

But what of Sonic 3 & Knuckles? Its official 16:9 debut has been a long time coming, and while that in of itself is transformative, the overall package is a mixed bag. Around 90 percent of the music is from the original, locked-on version of the game, but some Sonic 3 jingles and themes have been thrown in seemingly without rhyme or reason.

Then there’s the tracks replaced by Jun Senoue. In short, these re-jigged takes on Sonic 3’s Beta/PC cuts do not compare favorably with the ones they replaced, nor the rest of the OST.  Ultimately, these replacement compositions lack the complexity and sample quality we’d expect.

Sonic 3 & Knuckles has probably received the most TLC in terms of bug fixes and tweaks. They make the overall package feel much more coherent, but it’s worth noting that much of this has been done before and far more thoroughly by fans in the brilliant Sonic 3 Complete rom hack.

While never destined to be a technical showcase, Sonic Origins also falls somewhat wide of the mark in terms of stability and performance.

On Switch at least, Sonic the Hedgehog and Sonic 3 & Knuckles in particular don’t appear to be meeting their performance targets much of the time, and it can sometimes be hard to tell if minor graphical differences and quirks are intentional or not . Also, glitches such as sounds not playing, platforms misbehaving and CPU-controlled Tails getting himself utterly lost and jumping repeatedly are all too common.

Unfortunately, these are far from the only oversights. The U.S. Genesis/SEGA CD box art was front and center by default even though we downloaded Origins from the European eShop, forcing us to go into the Options menu to change it. Plus, we had to manually change Sonic CD‘s soundtrack back over to the much superior European/Japanese version.

Sonic Origins is a flawed and somewhat overpriced collection that succeeds in its modus operandi of introducing newcomers to the original Sonic games simply because the games contained in it remain fantastic at their cores, and younger fans are unlikely to notice the soundtrack inconsistencies or glitches. However, as a definitive collection for ’90s veterans, a lack of effort and/or attention to detail mean Sonic Origins simply doesn’t cut it.

[Editor’s note – We have updated our review to clarify that changing the box art to your preferred regional variant is possible, as is changing Sonic CD‘s soundtrack.]

Sonic Origins is developed by Sonic Team and published by SEGA. It released on June 23 digitally on Nintendo Switch, PS4/5, Xbox, and Steam.

Sonic Origins is a fine compilation for younger and casual Sonic fans, but a lack of attention to detail (and a higher-than-it-should-be price of entry) make it a tough sell to series veterans. 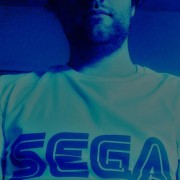