Developed Triangle Studios and published by Curve Games comes an action-shooter of galactic proportions. Face off against the pink alien menace in this neon-trimmed apocalypse. A mesmerizing mix of Nuclear Throne and Killsquad, it’s time to take down the extraterrestrials.

Grab your blasters and prepare to face what came From Space.

It’s a War of the Worlds

In 1986, a crystal meteor crashed into the earth. Before humanity could adjust, aliens came in its wake, tearing the land apart. Slimy sentient space monsters began to overrun the surface of the planet, and humanity was doomed. Or, almost doomed. A group of specialists, each bringing their own brand of destruction emerge from the rubble of society and face off against the alien menace.

It wouldn’t be an apocalypse without a lot of weapons, and From Space has that. Other than your starting gear, you can find different weapon types as you progress through the levels. If you find a workbench, you can also level up those weapons as well as the skills you’ve unlocked. You have two weapon slots that can be filled at any time, but if you pick up a third weapon, the one you are holding will be dropped.

Close Encounters of the Pink Kind

The art style and music in From Space is very fun, having an almost Stranger Things vibe while being bright and colorful. The world layout encourages a lot of exploration, as some areas are not all available yet. Sometimes going back after you acquire a skill or key will net you more resources to tinker with. It’s a good way to kit out your group and get ahead of the curve in terms of challenge.

While my opinion of this game is rather high, it’s not without its faults. The game can be punishing if you’re playing solo, not impossible but you can tell it was designed with co-op in mind. The AI for followers are also kinda dumb, with some of them shooting into a wall, or shooting at me and the bullets being totally blocked. Not good in a fight against a growing swarm. Also, if you die you get sent all the way back to the beginning of the level, so there is no checkpoints as a safety net, and backtracking isn’t always the best of options.

From Space is a fun experience that is amplified by playing with friends. Up to four people can play at a time, and there are numerous points through each map that give you the option to phone a friend and have them fight with you. The only thing keeping this game from being downright perfect is the poor AI and lack of checkpoints. But still, it is very much worth checking out with some friends.

Key provided by Triangle Studios. From Space is available on Nintendo Switch, Steam, and Google Stadia.

From Space is a fun experience that is amplified by playing with friends. Up to four people can play at a time, and there are numerous points through each map that give you the option to phone a Friend and have them fight with out. But still, very much worth checking out with some friends. 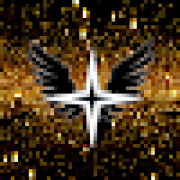