The Tales continue. The action JRPG Tales of Symphonia Remastered is one of 2023’s most anticipated releases. NiS America announced the remaster last year. Now, the company has unveiled a 90-second trailer showing the gameplay. This trailer brings excitement to one of the franchise’s more popular entries.

A Sight To Behold

The trailer comes from publisher NiS America. The trailer showcases a quick assortment of features. The combat is action oriented. The party battles a variety of monsters. There is a flurry of spectacle, from sword fighting to magic. The 20 year-old games manages to impress. Characters and creatures burst off the screen with their manga-inspired designs. Particle effects send a flurry of fascinating visuals to the player. Menu systems and story cutscenes appear to be like the original as well.

Released in 2003, Tales of Symphonia Remastered tells the story of Lloyd Irving. As the world slowly dies, prophecy foretells of a warrior that will bring balance and ignite the world in a rebirth of life. Lloyd and his friends fight across various lands in conquering evil as the fate of two entire world hangs in the balance between light and dark. Originally released in 2003, Tales of Symphonia was a Nintendo Gamecube exclusive, receiving widespread acclaim from fans of the series and JRPG enthusiasts. The game was remastered a first time for the PlayStation 3 in 2010.

Tales of Symphonia Remastered teases a bevy of enhancements that retain the original experience and also bring quality of life improvements. Tales of Symphonia Remastered is receiving a visual overhaul that polishes the already impressive visual presentation. Additionally, the game features improved gameplay, as well as local couch co-op for up to 3 additional players. This opens the possibility of various combinations of spells. Finally, the anime cutscenes will be featured by famed artist  Kosuke Fujishima (Gungrave.) 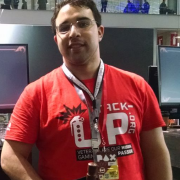