When a Capcom and Namco collaboration was announced in 2012, it was one of epic proportions. We never thought Namco and Capcom would get together to produce a game. However, when Street Fighter X Tekken released, it was instantly met with controversy. Dataminers found out that the paid DLC was already available on the disk, causing a huge backlash within the fighting game community. For years we thought that Tekken X Street Fighter would fix their mistakes from the previous release. However, it will never come to pass.

Katsuhiro Harada, Director for the Tekken series, mentioned that “development stopped” on Tekken X Street Fighter in the most recent video on his “Harada’s Bar” YouTube channel. “We got about 30-percent done, we even had motions, which you can see reflected in Akuma [for Tekken 7].” As far as the work they completed he went on to say “I wish I could have shown you. What a waste! A lot of artists collaborated on that. We wanted to show it but the project died.”

Unfortunately, we will never see anything that was created during production. It was announced in 2010 along side Street Fighter X Tekken and production halted in 2016.

Street Fighter X Tekken would go on to sell a million copies in its first 2 months. This was way short of Capcom’s expectation of 6 million sales in that time. It would go on to top the European charts in May 2017, but only after the release of Tekken 7. Capcom tried promoting the game when they produced their first and only reality show Cross Assault, with a partnership with IGN. It would also make one appearance at 2013 Evolution Championship Series with Justin Wong and Infiltration in Grand Finals. 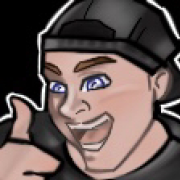 A huge fighting game fan, (Even though he sucks at them.) Pokemon lover, and content creator of 14 years. He has gone on record saying he would never play any of the Souls games.
SEARCH
FOLLOW US
JOIN OUR DISCORD
ADMIN
Processing…
Success! You're on the list.
Whoops! There was an error and we couldn't process your subscription. Please reload the page and try again.
Facebook Twitter WhatsApp Telegram
Back to top button
Close
Recent Posts
Recent Comments
Archives
Categories
Meta
Close
Log In