Update (12/29/2021): Additional information relating to the open source project has been added.

Our ongoing efforts to cover the lawsuit between Junk Food Custom Arcades and Hit Box LLC has unveiled a new chapter. Travis Crittenden, the owner of Junk Food, has reached out to us to answer some of our concerns.

To quickly recap, Junk Food Custom Arcades filed a lawsuit against Hit Box in response to a cease and desist letter on Dec. 6 in the U.S. District Courts, Georgia Northern District. The claim seeks a declaratory judgment (and potentially a jury trial in federal court) on the issues of alleged infringement and patent validity.

[Editor’s note: Any of the claims made by either party are merely allegations until otherwise proven in a court of law.]

Mega Visions: Before the cease and desist letter was issued to Junk Food Custom Arcades, what was the relationship between your company and Hit Box? Has Hit Box been pressured other venues, like CEO Fighting Game Championships, from allowing Junk Food, or other manufacturers, from sponsoring events?

Travis Crittenden: I can’t discuss the relationship. I am not aware of any other events having been contacted. We were just at “Kumite in Tennessee” just prior to CEO as a “dry run” without issue as far as I know.

MV: When you pulled out of CEO, what was the reaction from Alex Jebailey [CEO’s owner] or his staff?

Travis Crittenden: Jebailey was and remains gracious and accommodating. A true professional and a great tournament organizer. I am sure he also wishes to remain at arm’s length over all of this.

MV: You stated that pulling out of CEO was a “good faith effort.” Were you seeking some sort of reconciliation with Hit Box or was this to prepare your civil case?

Travis Crittenden: Again, can’t give any other details there except that many conversations happened days prior. Several hours that night before we were to leave for CEO were spent internally on the phone with our counsel and I am grateful to our incredible law team.

MV: If the patent is deemed invalid, are you concerned about the possibility of larger manufacturers moving onto the “all-button” market? Do you think that Hit Box’s patent prevented larger players, like HORI, from making their own version of an all-button controller?

Travis Crittenden: Not a consideration. Everyone we compete with is already bigger than we are. We have products that we feel are truly special and can stand on their own. Everyone that works here is also the manufacturing team. No separate warehouse or sales team. Everyone gets their hands dirty making stuff on the laser or CNC, soldering, assembling, and packing things in our shop here in GA – so a small size for us is actually an asset. We can move fast as a team.

MV: Is Hit Box’s patent preventing you from moving further with the proposed prototype [see above tweet]?

Travis Crittenden: No, it is 99% there but just not ready yet. Some more testing to do. We have CNC’d different input arrangements for wrist comfort and wanted to test those and other accessories like our heavy metal plate, silencing pads, etc… at CEO but that did not happen. Also, the chip shortage is a factor with everything.

MV: Can you share what sets the SnackBox products apart from other designs, like Paradise Arcade Shop’s MPress or Marvelous Customs’ Average Joe, that would warrant their own patent?

Travis Crittenden: I get why that question is being asked. I can’t get into any specifics but I think this video can be a little informative. [see below video]

The video is “Design Patents Explained in Under Six Minutes” by Inventor’s Quick Tips. It covers the difference between a utility patent like the ones Hit Box has filed and a design patent that covers the way a product looks rather than how it operates. This infers that Junk Food Custom Arcades is looking to protect the appearance of the SnackBox line.

MV: Can you share insight behind the allegations that you pressured the Fightstick subreddit moderators to take down designs relating to the “Flatbox” open-source project?

Travis Crittenden: I have a pinned explanation with a screenshot that adds important context in the “off topic” channel of our Discord. I won’t be elaborating beyond that except to say it has nothing to do with the lawsuit.

This has been an amazing year for us as a business as well as for the family aspects of what we do here. I was able to spend a ton of time with my kids, niece and nephew as well as the other family and staff that work here. Moving out of a two car garage in February still seems like a dream come true. Now we can’t wait for 2022 to share what is next.

The explanation being referenced is a reply to a user asking about Jfedor’s “flatbox” tutorial and designs, which can still be found on GitHub and Thingiverse. Travis states that Junk Food attempted multiple times to reach Jfedor after schematics surfaced on the subreddit of a 3-D printed all-button controller that looked eerily like the SnackBox design.

After a few attempts to reach Jfedor, Junk Food’s resigned to their legal team, who forwarded several correspondences – ranging from take down notices to collaboration requests. Jfedor has yet to respond.

Update: Jfedor has responded and provided a screenshot of their alleged conversation.

Hit Box applied for three utility patents relating to its “Ergonomically Correct Game Controller.” Two have already been approved: the ‘623 patent’ as well as US Patent Application Publication US 2021/0379487 A1, issued on Dec. 9, 2021. I’ll be briefly touching on each patent, but it’s highly recommended you read each of them for yourself.

Patents can be confusing to understand, and while most people will cover the images presented, the “What is claimed” section of the last few pages are what is key. Patent ‘623’ claims the invention of a “hand operated, boxed-shaped game controller for controlling a game console, comprising of all-push circular buttons [of specified ergonomic design and dimensions], with a wired USB connection, as well as a model with wireless capabilities. It also lays claim to the arch-shaped curvature of the buttons, each spaced out evenly, as well as a large “up” button near the bottom of the controller.

US 2021/0379487 covers the production of the SmashBox styled controller. Hit Box claims a controller model similar in nature from the “623 Patent,” but also equipped with local memory and a processor housed within the controller. It features readable non-transitory storage for profiles that modifies the controller input’s layout. The design is made specifically so that inputs can be changed and stored within the controller’s internal memory, allowing the user to switch between input profiles with the flip of a switch.

The patent also lays claim to “SOCD” override protocols, short for Simultaneous Opposing Cardinal Direction. SOCD prevents players from abusing certain motion commands by always having the controller override opposing in-game inputs. Otherwise, the user would be able to press both left and right at the same time, allowing for some inhumane inputs like having Street Fighter’s Guile spamming Sonic Booms and Flash Kicks without properly charging.

While it’s not uncommon to patent multiple designs of a potential product, the two published patents Hit Box has been awarded feature dozens of unused blueprints, including variations of push buttons and directional keys similar to the Mixbox. These patents could be intentionally written as vague as possible with enough room to claim ownership of any design that is remotely similar to the patent submitted.

As it stands now in the eyes of U.S. patent law, Hit Box currently maintains a monopoly on any box-shaped, all-button controller. With these two patents (and a third pending approval), Hit Box will have legal rights to file suit against any competitor that attempts to produce its own “Hit Box” style fight stick. Moreover, Hit Box could go after retailers who offer after-market, fight-stick modifications. This monopoly would not only allow Hit Box to charge whatever it wants for its products but also prevents other companies from developing their own “ergonomically correct game controller.”

We’ll continue to report on the latest news regarding the Junk Food Custom Arcade vs. Hit Box lawsuit, so be sure to check back. Also, let us know what you think in the comments below! 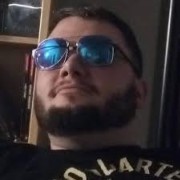 Mega Visions Operations Manager and Features Editor for Mega Visions Magazine. Kickstarted the ScrubVerse Podcast and covers game development of under appreciated games on YouTube. Used to have a blog on Destructoid before being conscripted to the Mega Visions Empire.
SEARCH
FOLLOW US
JOIN OUR DISCORD
ADMIN
Processing…
Success! You're on the list.
Whoops! There was an error and we couldn't process your subscription. Please reload the page and try again.
Facebook Twitter WhatsApp Telegram
Back to top button
Close
Recent Posts
Recent Comments
Archives
Categories
Meta
Close
Log In